I know that a lot of us love a bookish list and love to make, read about, and break bookish resolutions for the new year. But I am also guessing that about now many of you may be beginning to tire of reading those new year’s lists. Which is why I didn’t use that language in the title of this post, but the reality is, I am about to give you my list for the year. (Cue Kermit the Frog waving his arms and saying “yaaaaaay!”) That’s right, I just cat-fished you into reading one more list of reading resolutions for 2016. Let’s see how many of you hang in there to the end. 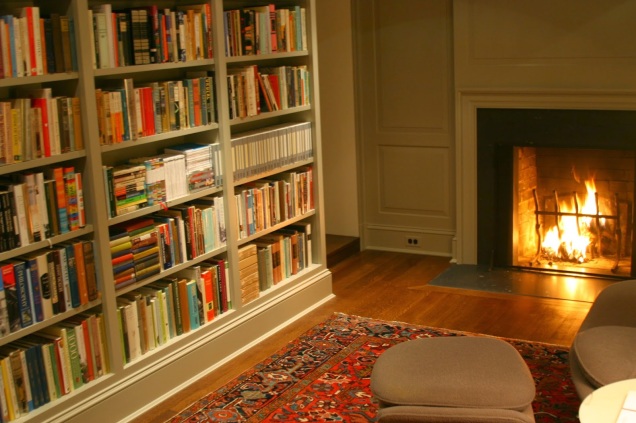 Get back to 100
I think it has been a couple of years now since I made it to a 100 books in a year. Last year was a respectable 81, but 2014 was a measly 63. I need to up my  game. The only way this is going to be possible is if I watch less TV. And here it is January 4th and I still haven’t finished a book. I am already behind. But let’s make this more interesting. Instead of 100 books, how about the equivalent of two books a week and make it 104 books for the year? Sounds good, 104 it is. Now I am even further behind.

Come to terms with platform confusion
I keep track of books I read in at least four ways: 1.) A handwritten list in a notebook that I started keeping in 1994; 2.) An Excel spreadsheet; 3.) Goodreads; and 4.) This blog has tabs for books for recent years and then alpha lists by author. This is going to take some thinking. There are redundancies and things that are annoying and time consuming and there are also new possibilities afforded by my conversion to WordPress. Not sure how this will resolve itself, but I have resolved to resolve it.

Limit book purchases to newly published books
I bought a LOT of books last year and most of them used. When Simon Savidge was here in September I vowed that my resolution for 2016 would be to only buy books published in 2015 or later. I still want to do this, but I’ve also resolved that I am going to break this resolution whenever I want. This may seem like no resolution at all, but there is a nuance in it that oddly makes sense to me. Besides, NW DC is getting a new used bookstore and I consider it my civic duty to support that venture.

Spend some time in my library
I’m not talking about the public library, I’m talking about the beautiful room in my house that was completed over a year ago, is chock full of books, but almost never gets used. In fact, I have really only used it to store books. Lucy often curls up on the chair, but due to less than adequate seating and lighting, I haven’t spent one minute (seriously, not one) in there reading. This means I really only read in bed. How have I gone so long without a reading spot? Must make seating and lighting for that room a priority.

Figuring out the ineffable
There is something else I want to achieve in 2016 relative to reading, but I can’t quite put my finger on it. As I sit here thinking about it, I think it may boil down to feeling like I frittered away far too much time that could have been used for reading. There were many times during the year when I wanted to go read and then an hour or more later I would still be futzing around not doing much of anything. So I think carving out longer spans of time to read it definitely part of it. And I think maybe I just need to shut-up and read.