I turned 49 on Friday which means I have entered my 50th year on the planet. Sad to think I only have 50 more to go. I’ve been thinking how nice it would be to really have my shit together by the time I hit the big 5-0 next August. Without trying to get all resolution-y, which is bound to fail, I do feel the desire to embark on a little self-improvement plan so that when the odometer clicks over 363 days from now I’m feeling good about my increasingly speedy march toward death. 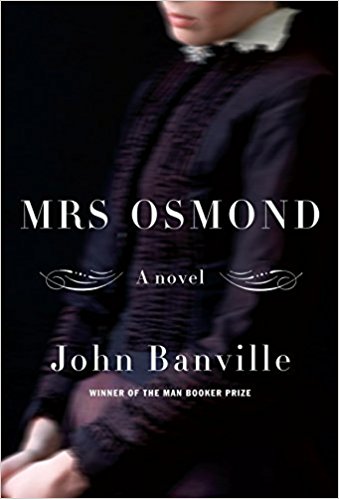 The rule of 50
I’ve practiced the Rule of 50 ever since I read about it in Nancy Pearl’s Book Lust. Lately, however, 50 seems like a long way for some of the books I pick-up. With the Rule of 50 you get to subtract 1 page for every year you are over 50. As I approach that milestone, I feel that that is giving too much power to books I don’t want to read. My need to read a certain book because it is a classic, or well reviewed, or popular has diminished greatly over the past few years and I think that trend will continue. I think I might replace the Rule of 50 with the the Rule of As Soon as You Hate Something or Are Bored By It Feel Free to Move On.

I am fully aware that if I had done this with Austerlitz by W.G. Sebald earlier this summer I never would have finished what turned out to be a really wonderful, interesting book. But, you may recall that I actually did put that book aside (instead of purposely leaving it behind on a plane) but picked it up again a few weeks later. So I guess the setting aside doesn’t have to be forever.

Now, Mrs Osmond by John Banville is going to suffer a different fate. In this case I actually did get past page 50 but under my new rule, I would have put it down sooner. The thing is, I actually kind of liked aspects of it, but I have read at least two other John Banville novels and I find his writing style more tedious than interesting or beautiful. So Mrs Osmond gets banished and I never pick-up another Banville as long as I live. (Unless I do, in which case, okay.)

Voglio parlare una lingua straniera prima di morire
My class laughed when I gave this as my reason for taking Italian classes but it is the absolute truth. I want to speak a foreign language before I die. I’ve wanted this ever since 1992 when I was in a six-person couchette from Paris to Munich and my multi-lingual compartment mates could all communicate with each other, but none of them knew English. And it isn’t that they all spoke the same languages, rather it was like a game of telephone where the German guy knew Dutch and the Dutch guy spoke French to the French women, one of whom spoke Italian to the Italian guy who used his belt to further secure the couchette door so we wouldn’t get robbed (presumably). But being a language idiot, I was able to speak to no one. This was especially painful for me when, in the middle of the night, the couchette was about a thousand degrees, I was on the very top bunk, and thought I was going to die if I didn’t get some fresh air, but had no way of reasonably communicating that to the guy who had rigged the door to be intruder-proof. Twenty-six years later I still get a panic attack just thinking about it.

Hot train cars aren’t the only reason I want to speak a foreign language. I’ve always been impressed with friends who suddenly break out in a foreign language to communicate with someone (as opposed to just showing off). I sit there in awe and envy, marveling at this mostly hidden talent. And what about the Korean immigrant at my dry cleaner’s who not only speaks English but also speaks Spanish to the seamstress who works there.

So many times John and I would visit a foreign country and I would moan about wanting to spend a few months abroad learning another language. At one point it occurred to me that I can pretty much do that in the US with Spanish. Not only could I use it on a daily basis, but there are multiple TV channels, newspapers, and radio stations readily available. So about 3 years ago I started taking Spanish. For various reasons (mainly work) that became untenable for about a year. When I decided to get back into it, I realized my heart just wasn’t in it. Despite Spanish being an insanely practical language for an American to know, I kept thinking about the two years of college Italian that I took 1987-1989. Long story short, I decided to leverage that and give in to the fact that I really love Italian despite the limited opportunities I will have to use it.

So I have been taking Italian classes at the Italian Cultural Society here in DC  (well, Bethesda, but it is quite close to home). I’m very grateful to have the basis of my college studies, but my goal still seems so far away. During the last term I also met with a tutor for an hour a week in addition to my two-hour a week class. Over the summer I’ve been meeting with a tutor for two hours a week and have decided to keep that going when classes start up again next month. That way I will have at least four hours of instruction a week. And, although I haven’t been totally lazy, I need to step up how much I study at home. This is where I start to get resolution-y, I’m going to shoot for at least an hour of Italian every day. That’s only a measly 365 hours before my next birthday, but way better than if I didn’t try.

I should mention I’m using a carrot and stick approach. I’ve unilaterally made 2019 the International Year of Me Traveling. I’ve already booked a week in Milan in February on my own so I don’t fall back on talking to John in English. I can hear many of you say why February and why Milan. It has everything to do with La Scala. I want to hear a few opera at the world’s most famous opera house.

Maybe don’t eat the whole cake
I love to eat. I have a huge sweet tooth. In general I keep my weight under control, but I would like to reset my baseline. If I am going to have a periodic weight swing of 10 pounds (or more) I really would like to start from somewhere lower down the scale. And perhaps even more importantly I really need to improve the type of food I eat and the amount of exercise I get. My body feels way too old for 49 and I need to get off my ass more often.

Fewer screens
I was going to say “fewer screens and more pages”. But I’m actually reading a fair amount these days and need to use the (hopefully) found time to study Italian, get off my ass, be better about chores around the house, and just pursue other activities in general. This shouldn’t be too hard if I just cut off the time where I use screens as a crutch/time waster. If I stop sitting through shows I don’t find totally worthwhile, and if I stop clicking endlessly on internet junk, I will have plenty of time for worthwhile interactions with both media.

27 thoughts on “Mistakes were made”