April was kind of a weird reading month for me. The three books I liked best were mysteries/thrillers, which is not normally my cup of tea. Actually, I probably should stop saying that because it has become clear to me over the past couple of years that as long as it is the right kind of mystery/thriller, I actually pretty much love them. It just needs to be somewhat old fashion, low to no blood, Europe helps, extra points for papers, archives, books, details, etc. You get the picture.

Here’s my month of April in order of most enjoyable to least enjoyable. 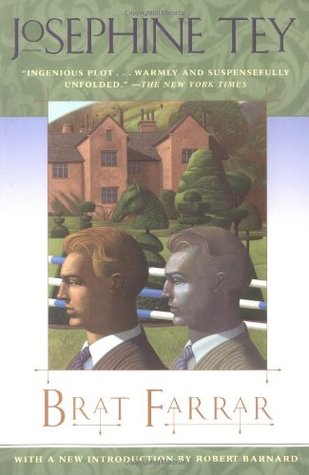 Brat Farrar by Josephine Tey
People who like older mysteries are always telling me how much they like Josephine Tey and how good Brat Farrar is. Well they were right. Having this one under my belt I feel like Tey will be a resource for me in future. Kind of the antidote to Carlotto (see below).

Doctor Frigo by Eric Ambler
Ambler never disappoints. Published in 1974, this time Ambler’s perfect political thriller takes place in Central America rather than central Asia or central Europe. Ernesto (Dr. Frigo) is enlisted to help install the next leader of his country, who also happens to be a man who was responsible for killing Ernesto’s father some years previously.

The Goodbye Kiss by Massimo Carlotto
Except for the Europe part, Carlotto’s hardboiled crime novels don’t really fit the parameters I described above. And they are so damn sexist. The way he treats women is just appalling. I don’t know how a non-misogynist could write this kind of stuff. Having said that, I really enjoy reading Carlotto’s books. I just wish he didn’t have to be such an asshole.

A Day in Late September by Merle Miller
An American writer (or was he a painter? I forget, it’s been a month) is back in the US and hopes to take his teenage son back with him to Europe. But first he has to convince his ex-wife and her highly competent and wealthy husband. He also needs to convince his mistress that she needs to finally break with her husband. In doing so we are introduced to a reserved but secretly scandalous, 1950s, east coast social circle. It was my Merle Miller tweet that had Nancy Pearl tweeting me and even offer to send me a book. (You may recall she wrote about him in her first Book Lust volume.)

The Odd Angry Shot by William Nagle
A Vietnam War combat tale told from an Australian point of view. Nagle really makes you feel the heat and smell the stink. 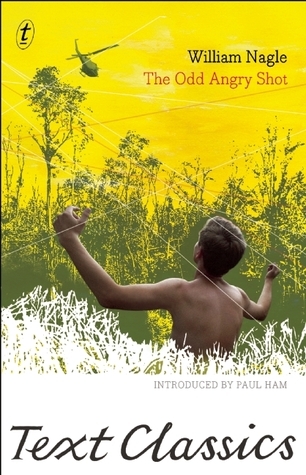 Let Go My Hand by Edward Docx
A son, and eventually his two half brothers take their dying father to Switzerland where he wants to check out on his own terms. Road-trip, family drama, memoir. Good but not great.

A Pale View of the Hills by Kazuo Ishiguro
I gave up this book a few years ago and only kept it because I liked the cover. I was set to send it on its way when I thought maybe I would give it a go. At first I was kind of enjoying it and couldn’t understand why I had given up on it previously. Overall it wasn’t bad, I just found it kind of boring. I think I may be done with Ishiguro. I liked The Remains of the Day as a film but found the novel a soporific. Never Let Me Go was interesting, the Buried Giant one doesn’t interest me much. It’s nice to let go of an author. Makes time for others. 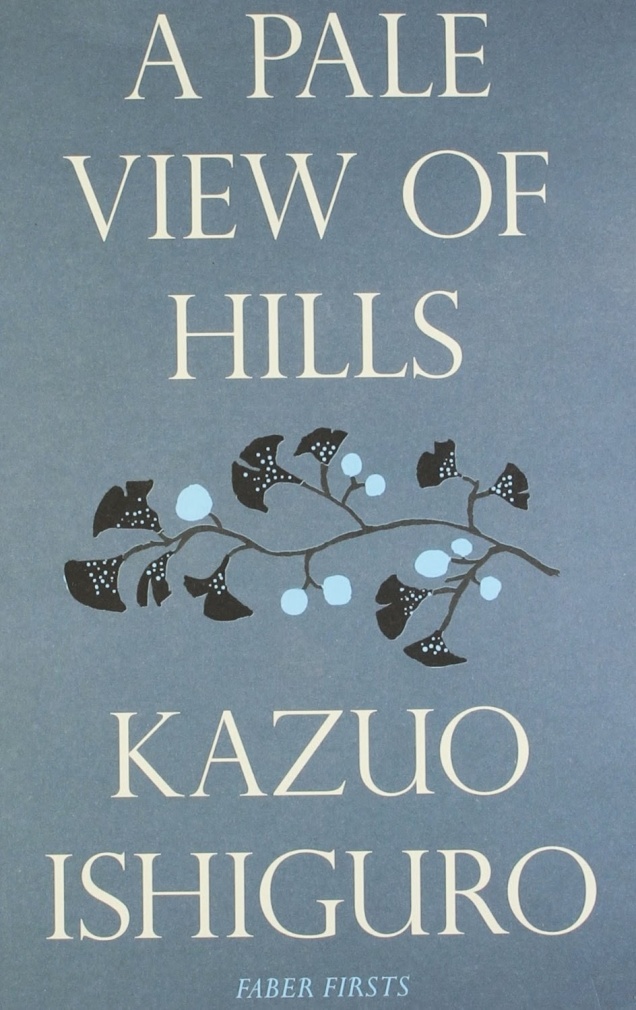 5 thoughts on “It’s a mystery why April was thrilling”