March came in like and lion and then got bored, took a nap, did some jigsaw puzzles…

So March wasn’t the best month for reading both in terms of quantity and enjoyability. I was averaging 11 a month (including in short February) but then things just slowed down a bit in March. I only got through nine books. There were a few that were great but a lot that I just found so-so.

Here they are in descending order. 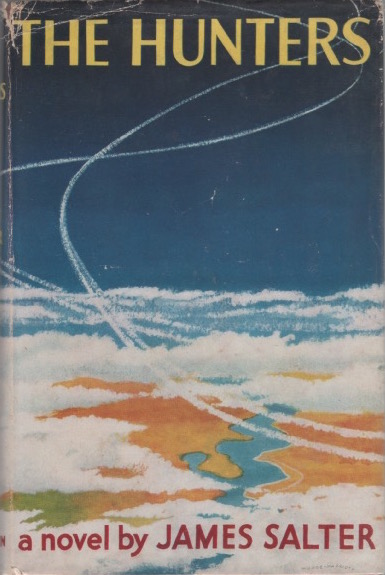 The Hunters by James Salter
I’m not sure what prompted me to buy this book. I had never read anything by James Salter and, in fact, didn’t even really know who he was. It turned out to be my favorite book of the month. Published in 1956, the novel is about an ace fighter pilot who has less than an ace time when he is deployed to Korea. I loved everything about this book. I loved the period detail. I loved the plot and character development as the well regarded pilot has trouble maintaining his reputation and starts to see the whole situation differently. I also liked imagining what Nevil Shute would have thought of this book. So many similar themes with his fiction, but so much better written. (And this from a die-hard Shute fan.) This is a book I will read again even though I know how it ends.

Free Air by Sinclair Lewis
I liked this almost as much as I liked The Hunters. I’ve read and loved most of Sinclair Lewis’s novels but had no idea this one even existed until I ran across it at Powell’s a few years ago. Published in 1919, it is a fairly humorous story of New Yorker Claire Boltwood driving her father from Minnesota to see relatives in Seattle. For health reasons she wants to get her father away from his stressful job. For herself, she seems to be searching for something but doesn’t know what and at the same time she seems to be running from her older boyfriend who would be the perfect society match if she only loved him. Along the way they run into a local who becomes so immediately smitten with Claire that he packs up his car and follows them across the country. By the time they all get to Seattle, despite the appearance of Claire’s quasi-fiancee, Claire and Milt appear to be in love. It’s that “will they, won’t they” kind of love like Pam and Jim on “The Office”. In Seattle things come to head when Milt’s working class background really begins to clash with Claire’s friends and family. It’s more light-hearted than Lewis’s magnum opus Main Street which was published a year later. It’s progressive in outlook and full of fascinating period detail. After all, who could imagine doing a road trip of that length at a times when cares were cold, slow, and uncomfortable, road were sometimes mud tracks, and decent meals and lodging were hard to find along the way.

Mystery in the Channel by Freeman Wills Crofts
Just like Crofts’ The 12:30 from Croydon, a very enjoyable vintage mystery from the British Library Crime Classics. This plot-driven, detail-oriented mystery at its best–well at least to me who likes lots of detail gibble gabble. 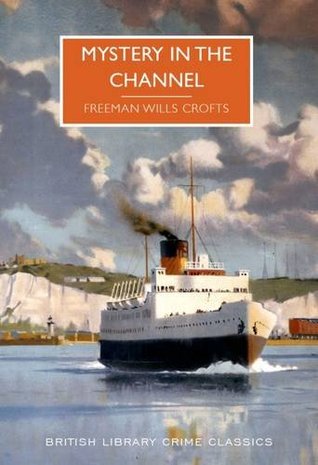 Invitation to the Waltz by Rosamond Lehman
So this was my third favorite book in March yet I remember almost nothing about it. Published in 1932 its the tale of young Olivia on her birthday and on the cusp of going to her first dance. I really did enjoy it despite not remembering much about it.

The Chateau by William Maxwell
A youngish American couple visits France in 1948 as the country tries to recover from WWII. Published in 1961, there is much I really liked about this book. Partially because I don’t know that I have ever read a novel that depicts France in the immediate aftermath of the war but also because there were so many wonderful observations about life and human nature along the way. 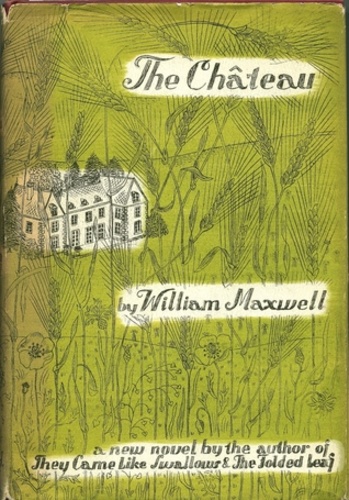 In the Country of Men by Hisham Matar
On some other more objective list, this novel would rank much higher than it does here. It is an excellent book about a little boy and his family living through the political purges of Qaddafi’s early regime. A fascinating story that is hard to fathom for someone who hasn’t really experienced strife in his life.

Happy House by Jane D. Abbott
Read like YA from the 1920s. Two college girls named…nuts Anne Something…I’ve forgotten their names and already donated the book to the FOTL. And no one online seems to have written about it in enough detail to give out that information. Anyhoo the two Annes switch places for the summer unbeknownst to one Anne’s estranged aunt who doesn’t know her from Adam. It was a fun story and like other books this month, I really liked the period detail–especially the perspective of college women in 1920–but it was pretty hokey. Too hokey to want to read again, which is really kind of a pity.

First Love by Gwendoline Riley
One of those short books that takes too damn long to read.

Catalina by W. Somerset Maugham
Normally I am a huge fan of Maugham. but this was such a snooze fest. It’s a story of power and religion during the Spanish Inquisition. I suppose it was well written, but I just found it so tedious I couldn’t wait for it to end.

In retrospect, maybe not as bad as I thought. I think Catalina really put a damper on things.