Last month we went to San Miguel de Allende, México to celebrate a friend’s 50th birthday. While we were there, four of the twelve of us took a 5-hour cooking class where we learned to make mole and two other dishes. Prior to this class I was no fan of mole, but since I love to cook and the birthday boy wanted to learn how to make mole, I went with the flow and learned how to make the labor-intensive recipe. Now mole is really just a sauce with many variations and each state in México has it’s own approach to it. Most of us in the USA know of mole as a very chocolatey affair that is a bit of an acquired taste. In reality there are only really two Mexican states that use chocolate in their mole. The version we were taught had chocolate. But the sauce was so damn good and the chocolate was more of an undertone to the flavor and it tasted nothing like anything I had ever had before.

A week after we were home I decided I had to give making mole at home a whirl. Part of me wanted to make sure I didn’t forget the method we learned since my notes were a little spotty. Part of me wanted to show John what mole was supposed to taste like since he hadn’t been at the class. And part of me just wanted the chance to eat it again. 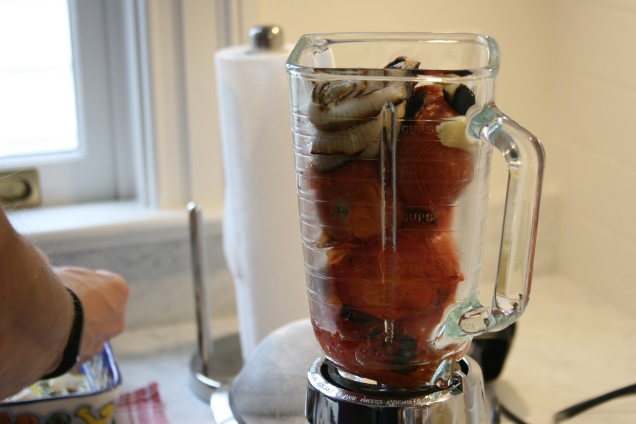 8 thoughts on “What I learned in México”