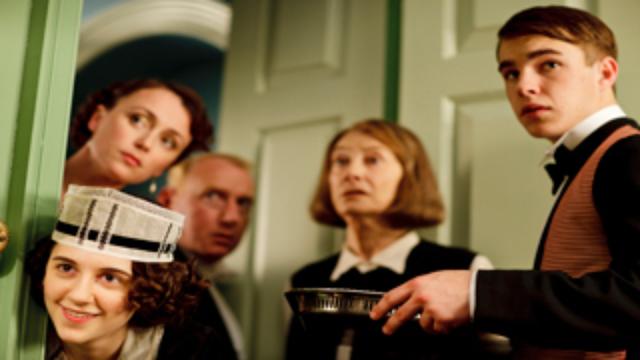 Knowing my readers, it is probably no surprise to any of you that there are three new episodes of Upstairs, Downstairs, the 1970s TV classic. What may surprise some of you is that the series finally makes it to the U.S. on Sunday. Hooray.

Not only do I own the complete original series and have watched it many times, but over the years I have also picked up whatever UD-related books I could get my hands on. At only three books it isn’t a huge collection but I think you will agree that it is pretty cool. A novelization of the show, a social history of the period with lots and lots of photos, and a cookery book by Mrs. Bridges.

First the question: Who is your favorite character from the original UD?

Second, here is a little quiz about the original series. No prizes this time, just the ability to call yourself a true Upstairs, Downstairs Fan.

1. Richard’s second wife Virginia, had two children (Alice and her brother whose name I forget). What was Alice’s dog’s name?

EXTRA CREDIT: In addition to the correct answer, there is a trick in the answers above. Can anyone tell me what it is?

3. Who was the family’s solicitor?

EXTRA CREDIT: How did Elizabeth lose her virginity?

15 thoughts on “Upstairs, Downstairs (with Question and Quiz)”