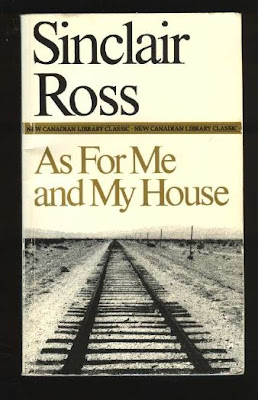 It has been wonderful finding kindred spirits in the blogosphere. We relish our collective predilection for forgotten novels of the past and once popular authors finding new life thanks to Virago, Persephone, NYRB Classics and other smaller presses. And even though most of us are fairly broad in our reading we often feel a little left out by top 10 lists, or top 100 lists, or even top 1000 lists that don’t seem to give appropriate consideration to the books we love. You know the lists, the ones where Philip Roth and Saul Bellow seem to be the only two authors on the planet.

And then, like a gift from Nancy Pearl, The Guardian runs a top 10 list of the best neglected literary classics. I clicked on the link quite skeptically, sure that it would be a lame list with all the usual authors. But much to my surprise the list was strikingly sympathetic to the likes of My Porch and my bloggy friends. No doubt this is still a list to be quibbled with. There are so many forgotten classics it would be hard to believe that any list of 10 could even scratch the surface let alone find the best 10. But at least this one is interesting (and different) with the likes of Barbara Comyns, FM Mayor, and Marghanita Laski. And I have actually read three of the novels, Olivia Manning’s School for Love; The Wife, perhaps the best of Meg Wolitzer’s enjoyable output; and one of my own personal NYRB breakout hits, Darcy O’Brien’s A Way of Life, Like Any Other. I think the only author on the list who has any broad recognition is probably H.G. Wells.

I decided to come up with a list of titles that I would like to nominate to a top 10 list of the best neglected literary classics. I only chose books that I have read, and that I think don’t get enough notice in the blogosphere. So even though some of these titles may be easy to find and some may not be that old, they all deserve more attention.

In no particular order:

As for Me and My House by Sinclair Ross
Such a wonderful, sad, short novel that takes place in Dust Bowl-era Saskatchewan. This is a quiet book where there isn’t much action, but it seems like so much happens. If you like this kind of book, have a blog, and are willing to read and review within three months of receipt of the book, I have an extra used copy of this hard-to-find book. Just include the following pledge in your comment: “I have a blog and am willing to read and review the prize book within three months of receiving it.”  I will ship anywhere in the world EXCEPT for Canada. I love Canadians, but I feel like you owe it to your native son to find and read your own copy of this book.

Stoner by John Williams
I have talked about this one every chance I get and it has been getting a fair amount of notice in the blogosphere. But it is one that should definitely be more widely read.

On the Black Hill by Bruce Chatwin
Chatwin traveled widely in his life and wrote about his adventures including the rather famous Patagonia. But in this beautiful novel, no one goes anywhere. Identical twin bachelors spend their Spartan lives on a farm on the English-Welsh border.

Reunion by Fred Uhlman
Two German boys, one Jewish, become friends in the early days of the Third Reich. I really liked this novel and haven’t really seen much about it elsewhere.

The Student Conductor by Robert Ford
Takes place in Germany in the time just before the wall comes down and one of the few books that I have read that expertly weaves in classical music without sounding pedantic or name-droppy. And so far as I can tell, the only novel by Robert Ford has written.

The Game of Opposites by Norman Lebrecht
Lebrecht has written two novels and is a rather well-known critic in England. His fiction doesn’t get the attention it deserves. His first novel Song of Names won a Whitbread First Novel award.

I would have put Elinor Lipman’s The Inn at Lake Devine, but I don’t think the title is as forgotten here in the US as they may be in the rest of the world.

What would you like to nominate? And don’t forget to enter the giveaway if you meet the criteria and are willing to take a solemn oath.

33 thoughts on “Our day has come. A Ten Best List for the cardigan mafia.”