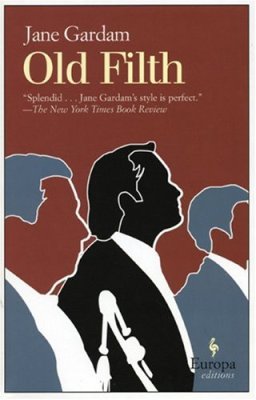 According to the New York Times Book Review, “Old Filth belongs in the Dickensian pantheon of memorable characters.” Not being a Dickens aficionado I am not sure how true this rings, but it seems more true than not. Sir Edward Feathers is Old Filth. A legend in British legal circles, Filth is an acronym for “Failed in London Try Hong Kong”. Of course to my eyes that would be “Old Filthk”, but that wouldn’t be as entertaining would it.

The book Old Filth follows our hero as an 80-year old widower looking back on his colorful life and his attempt to make sense of his current state of being. His mother died days after his birth, his emotionally troubled father abandons the infant Edward to the native Malays that live on his estate. At age five Edward is sent off to learn English before being sent to Wales to live in a foster home with two other empire-orphan cousins. Then there is school, the War, Oxford (or was it Cambridge? Oops), the Bar, Hong Kong, back to the UK, etc. Told with a fair amount of narrative and temporal shifts, the story is nonetheless fairly easy to follow and often delightful.

Old Filth is full of quiet adventure. The trappings and situations in real life would certainly be an adventure for most anyone, but they aren’t played as such. No swashbuckling, edge of your seat kind of thing. Rather, Gardam focuses on the emotional side of things and the inner workings of Old Filth’s increasingly introspective and searching mind. Along with much that is amusing is a thoughtful, poignant life story with more than a few twists and turns. One twist in particular, perhaps the climax of the book, will surprise even though it has been hinted at here and there.

My only real challenge with Old Filth is that it could have been a much longer book. Following the earlier Dickens comparison, one could easily imagine this in a different time being serialized and stretched to Dickensian or Trollopian lengths. I wouldn’t say any of the characters are one dimensional. In fact most of them, even the bit characters, show enough texture that it leaves you wanting to know more about them. Gardam could have spun this one into a much longer tale if she had wished. But then again, that may have flattened the arc of her narrative too much and made Old Filth something she never meant it too be. This one is definitely worth a read.

(Spell-Check approves of “Dickensian” but balks at “Trollopian”. For those of us who prefer Anthony over Charles, this is a grave injustice.)